A downloadable game for Windows and macOS

A little frog on a fishing adventure  🐸🎣

WHAT IS RANITA FISHING?

Ranita Fishing is a 3D platformer game with fishing mechanics. It's about a little frog on a simple quest for their grandpa, collecting fishes and helping friends along the way.

HOW DOES IT PLAY?

You can use a keyboard or a controller to play our demo. You can walk, run and jump to move around, you can use your rod to fish or to solve some puzzles and you can talk with several quirky characters you find along the way. 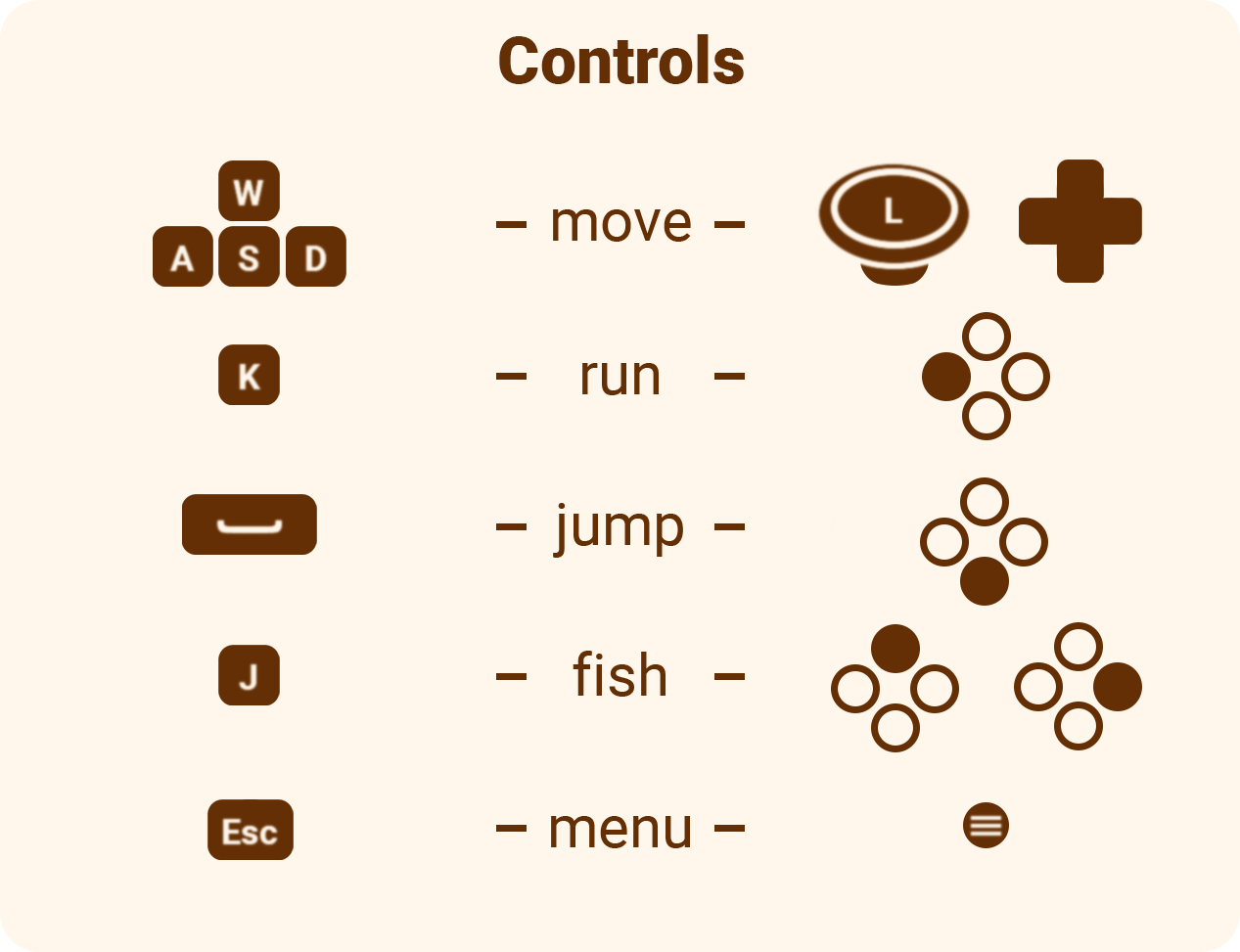 WHY DID WE MAKE IT?

First things first, Ranita literally means "little frog" in spanish and that's the name we gave our main character and also the game, why? because Ranita Fishing is just a little demo that we put together for fun.

While making it, we discovered that we really liked collaborating and the idea could be a full game, but sadly, we lack the resources, so if you are a publisher and are interested in investing, get in contact with us, we really wanna make the whole game!

We are a group of friends from México 🇲🇽 that decided to work together on a little game for fun. This was made in 5 months in our free time.

The game sounds fun, but I can't play it, because I'm using PC

There's a PC build there

I think I'll show the screenshoot

Before I show the screen shoot, I have a question: are you in the HyperBeard?

This game was so much fun and so cute! I love all the characters especially Osito and the Burple was definitely my favorite fish! The end cards were so adorable! I want them as my background!

Very nice cozy game, after the first 3 fish and talking to Osito, the camera changed and stayed in a way it was hard to continue playing, you can even go very far away from the camera and it wont be able to follow you :( Will try again later

Oh, we'll check what's happening there, thanks for the heads up!

This game is so adorable and fun. The concept of a fishing puzzle platformer works great.

Also i might recomend adding slight variations in animation and movement speed to the fish in the water so they can be identified if a player knows what their doing - it could make this an interesting game to speed run. though i wasnt paying close enough attention to see if this existed, and if it doesnt, itd prolly be annoying to add anyway cuz fish are prolly chosen when its reeled in.

Thanks for playing and the feedback!

words cannot describe how sad i was when i realized that was the whole game. so cute, and so so so fun! felt like an animal crossing rpg... i want to live in the universe of this game 10 lily pads/10

Finished it in one sitting, a very cute and really polished game. I really love the art style :)

We don't have saving implemented so it's good you finished it all!

I got a good time playing it!, I think I should have used a controller tho :3 Gameplay:

So cute and fun game dev

Very fun and cute game! This demo feels like a very polished and complete experience. There was plenty to do ranging from solving puzzles, collecting items, and catching every type of fish. The animation and effects are nice as well.

Overall, this was a great time! Looking forward to seeing how the full game turns out!

We'll consider this, thanks!